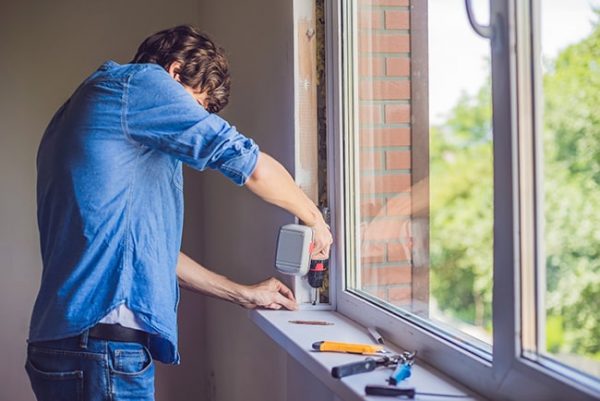 What Our Customers Say | Reviews

Once upon a time, when you closed and locked your windows, you were sure they securely shut. Admittedly, that was closer to when you first got them installed, many years ago. Now, you try your best to jam the windows down, but the latch never stays. This makes you nervous, as it well should. At best, a creature like a hungry racoon could get in. At worst, you’ve opened your home up to robbery by giving unscrupulous characters free access via the window. That’s why, if one or more of the windows in your Barrington home no longer locks, you cannot afford to wait to get it fixed. You don’t want disaster to strike first.

If you’re looking for a window replacement in the Chicago area, come to us at Royalty Windows. We’re a BBB-accredited business with an A+ rating. Unlike other window companies that take on more work than they can handle, at Royalty Windows, we limit the projects we accept. This way, we can put more time, dedication, and hard work in providing only the best windows for your home. With our family-owned background, our free consultations, our price-match guarantee, and our free quotes, it’s no wonder Chicagoland residents choose Royalty Windows for all their home improvement needs.

What kind of windows do you want for your window replacement project? We carry them at all at Royalty Windows. These include casement windows, double-hung windows, vinyl windows, and Andersen and Marvin windows. With their hinges along the frame, casement windows look and feel more secure than what you have installed now. They could be the perfect solution for you. If it’s strength and security you want, look no further than the Andersen 100 Series Fibrex windows. These have the look of vinyl but twice the strength. They’re made of Ponderosa pine wood fibers (40 percent) and vinyl PVC (60 percent). Many customers prefer these windows due to their durability and surprisingly low cost. You’ll love them because you never have to worry about your new windows corroding, pitting, cracking, peeling, blistering, rusting, or flaking. They’ll look great for years to come.

Split between Lake and Cook counties, Barrington, Illinois has 10,327 residents according to 2010 data. Since it’s somewhat further away from the city, you can find horse trails, parks, forest preserves, and wetlands here. The village breaks down into six sub-villages, such as Tower Lakes, Lake Barrington, Barrington Hills, South Barrington, and North Barrington.

The village has existed since the days of the Mascoutin and Native American Prairie Potawatomi Indian tribes. Some trails built before the 19th century still stand today as village roads. These include St. Charles Road, Higgins Road, Rand Road, and Algonquin Road.

You’ll have plenty of means of filling your time in this beautiful, affluent village. Here’s some of our top picks.

The Sanfilippo Place de la Musique on the abovementioned Algonquin Road will leave your jaw on the floor. This stunning museum on the Marian and Jasper Sanfilippo estate has a wealth of found musical treasures. These run the gamut from theatre pipe organs to calliopes, fairground organs, player pianos, phonographs, and other music machines from the days of yore. Seeing all these bright, vivid artifacts gathered in one quirky place will leave you marveling.

According to the museum, the steam locomotive had a very prominent owner, Henry Ford. The instrument came from Dearborn, Michigan. The theater organ is a Wurlitzer made in 1927. It has 5,000 pipes and 80 ranks. Through loving restoration, it looks amazing today.

Another place to spend an afternoon that we highly recommend? It’s the Battle House on West Northpointe Parkway. Gather all your friends or family and prepare for a day of competitive excitement. Here at the Battle House, you can roam around 15,000 square feet while playing your most heart-pumping games of laser tag ever.