Situated in Lake County and Cook County, United States, sits the Barrington suburban village. According to the 2010 consensus, the Village had a population totaling 10,327. It is 51 km or 32 miles northwest of Chicago.

The country-suburban setting enables it to have features such as forest preserves, horse trails, parks, and wetlands.

The first or original settlers of the Barrington village were the people from the tribes of Mascoutin and Native American Prairie Potawatomi. These tribes were later dispersed into the Chippewa, Potawatomi, and Ottawa tribes. The Native American trails from that time are still in use today in the form of roads that are used in the Village.

These roads include the Rand Road, Algonquin Road, Saint Charles Road, and Higgins Road. For a long time, Barrington was thought to be a part of the Northwest Territory instead of the Illinois Territory.

A treaty was signed on September 26, 1833, which put an end to the Black Hawk War. As a result, the tribes of Ottawa, Chippewa, and Potawatomi conceded lands to the United States. This area totals approximately 5000000 acres.

As a result of this treaty, all the title was conceded to the area on the east of Mississippi River by the Fox, Winnebago, Ottawa, Chippewa, Potawatomi, and Sacs tribes. The United States government paid annuities amounting to 100000 dollars between 1833-55 as a payment for the land to the Ottawa, Chippewa, and Potawatomi tribes.

Pioneers traveled from Troy, New York, to settle in the Cuba Township once the treaty was signed. More pioneers started to come in and live at the intersection of Illinois Route 68 and Sutton Road. The intersection was commonly known as Miller Grove but was changed to Barrington center as it centered both ways from the current Sutton Road and from Higgins and Algonquin roads.

Since the emergence of the settlements in Barrington, they reflect the development of railroad lines from the port facilities in Chicago. Railroads were extended from Chicago, and new stations were built. The first station was named Deer Grove in 1854.

The first-ever lumber facility was installed in 1855 and started working the same year on Franklin Street. Barrington’s population grew in 1863 during the Civil War era to 300.

They applied for a tax mechanism to improve financial management and submitted an incorporation request. However, it was delayed due to the Civil War. The first-ever President of the Barrington Village was its own resident Milius B, McIntosh, in 1866.

The beginning of the 20th century saw development in the Village. Initially, Barrington had unpaved streets, wooden slat sidewalks in the downtown area, which also featured hitching posts for public outhouses and tethering horses.

Additionally, backyards in houses that were fenced were often homes to barnyard animals and livestock. As 1907 came, the wooden sidewalks were replaced by cemented pavements.

Barrington also saw a major fire on December 18, 1998. The fire destroyed one of the oldest running business in the area, Lipofsky’s Department Store.

The 21st-century history of Barrington does not amount to much, but a lot is changing. During April 2009, elections were held to pass a non-binding referendum in an attempt to separate Barrington from Cook Country, mostly because of their high and increased sales tax. Since most residents voted in favor of the referendum, Barrington now sits apart from Cook County and is considered among the wealthiest villages in the whole country.

Barrington, like every other village, has a story of its own. It has come a long way to become one of the wealthiest villages in the country which is a huge achievement. The development has boosted over the years, and people are well aware of the well-being of the village as a whole. 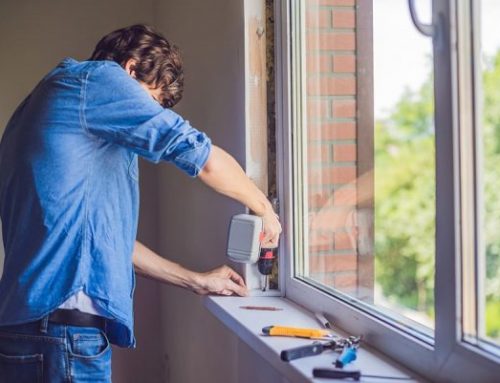 January 28th, 2020
What You Need to Know about Marvin Windows

What You Need to Know about Marvin Windows